This workshop is designed for people who are going to attend the World or US Social Forum to better understand the importance of participating in decision-making.  The main activity is called the Table Game where each participant is given a different role/character (i.e. the oil industry, agricultural industry, environmental justice grassroots organization, British Prime Minister, etc) and told to share their perspective and vision with the other characters at the decision-making table.  Participants are given prep sheets that describe what character they represent, who are their members, where does their money come from, what they hope to get out of the meeting, etc.   Depending upon their role, participants are given extra items such as millions in cash, gold watch, thousands of members, inability to speak English, etc.

The activity is guided by the facilitator who introduces, starts and stops the activity, and the chairperson, who introduces the history of the forum, the funding proposals up for discussion, and develops the rules for table participation, which can gradually change over the course of the game (i.e. to have a seat at the table, you must pay $1 million; to speak, you must pay $1,000 per 10 seconds; to join the private party, you must have a gold watch; etc).   Soon, it becomes clear that the industry and wealthier states hold a lot of power and ability to participate in the decision-making table, and the poorer governments and grassroots organizations are marginalized to the sidelines.   If the marginalized groups haven’t already begun to organize themselves, the facilitator can ask what are they going to do and what have they done with their organization.  The group activity continues and the chairperson can continue administering whatever rules s/he wants – i.e. no interpreters for people not at the table, the table meeting moves to an isolated room, hires security guards or infiltrating spies, etc. Then there is a large group debrief about the activity – what was that like? How did it feel to be in a seat of power?  How did it feel to be excluded from power?

After this activity, the group reviews the stated goals of the World Social Forum and the World Economic Forum, where their annual meetings are held, who can become a member, and what is their membership structure.  The group breaks into small groups and discuss 1) what are the similarities and differences between these two multi-national convenings; 2) what is the value of creating diverse, multi-sector convenings and 3) what are the implications of who is and who is not able to attend the convenings.  The group reports back to the large group and facilitator wraps up the conversation. 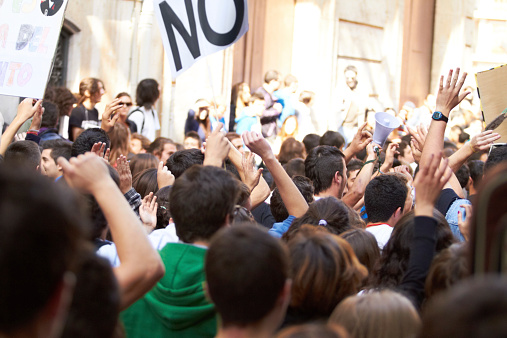